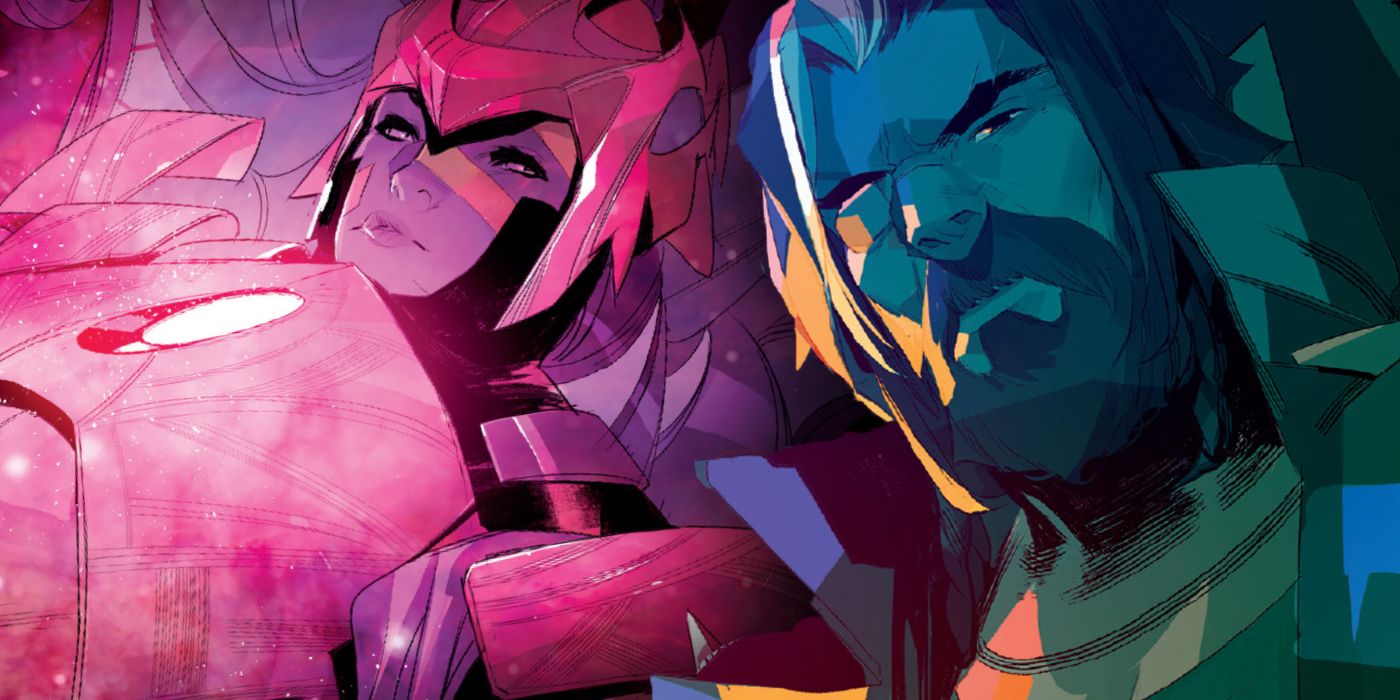 Al Ewing is writing a sloppy comic that Immortal Hulk fans should love. Here’s why we only find them when they’re dead is a great read.

With Al Ewing’s Immortal hulk Officially completed for about two months now, readers might be looking for a new existential story to sink their teeth into. Look no further than We only find them when they’re dead (art by Simone Di Meo and Mariasara Miotti, with letters from AndWorld Design), a mecha-inspired space opera with dark religious themes.

We only find them when they’re dead is an American comic book that discusses the trends and practices of Western industry. However, there is a lot in the comic it’s reminiscent of traditional mechsuit manga and anime. The crew members bark orders at each other in vibrant colorful planes, there are huge towering humanoids with robot armor (which look like Marvel’s Celestials or Galactus), but all of the pieces that would make up a Gundam Where evangelization arc have been rearranged in surprising ways.

In the distant future of the 24th century, humans flock in herds of spaceships like vultures, in search of giant humanoid gods that float in the void of space. As the title of the book suggests, these gods are never found alive. The gods only serve as space cattle, no matter how awesome their presence may be. Meat is carved into their tissues for food, bones are used to synthesize compounds, and the crystal from their shiny white hearts is scavenged for AI technology. But although this way of life is more or less sustainable, not everyone is satisfied with it.

The first arc of We only find them when they’re dead follows humans working aboard the Vihaan II. The crew of this ship have had enough of the dead gods and they set out on a quest to search for a living one in the cosmos. Space police are not kind to latecomers, so the conflict that follows their trip is quick and anxiety-provoking. When they get their wish, discover a god who is breathing and yelling, the fate of the universe is changed forever.

What separates We only find them when they’re dead of most other comics on the market, and what might make the story a little hard for some to swallow is the unique pacing of the storytelling. The characters here come and go faster than Game of Thrones. This comic focuses on telling a generational story, which currently spans just under a century.

Unlike a typical story centered on a protagonist or even a group protagonists, Ewing focuses the story around the entire human species. These gargantuan cosmic deities influence the changing tide of intergalactic culture, religion and politics, and it is fascinating watch these events reverberate over decades in unforeseen ways.

Religion, while not fully featured in the first five issues, quickly becomes the main focus of the comics. When the crew of the Vihaan II unveils their images of a living god to the rest of humanity, fanatics begin a crusade to purge the universe of those who have harvested divine flesh. Over time, even those of this faith fail to get along with each other. Half of these believers claim that all of humanity will have the ability to access divinity, while the other half believe that Malik, the protagonist of the first issues of the comic book, is the one true God.

We only find them when they’re dead allows the reader to see the evolution of humanity from an almost omniscient lens. It asks the audience to consider where beliefs come from, how they develop over time, and whether or not history can really be preserved. While not exactly compelling drama, it pushes the boundaries of intrigue in the comics in ways that many may not be ready for. If any of those premises sounds interesting, issue number 10 is expected to hit comic book stores on January 19, so consider picking it up.

KEEP READING: We Only Find Them When They’re Dead Vol. 1 is an astounding work of science fiction shine

An excellent tribute to the 30th anniversary