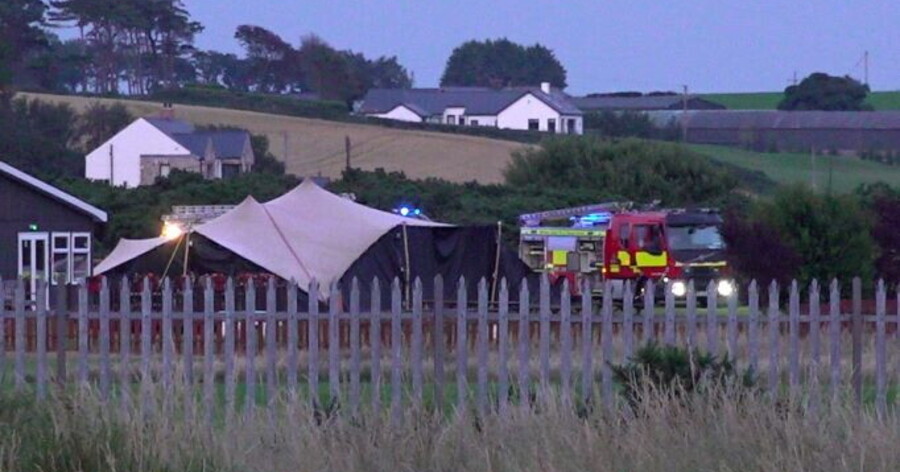 A Co Down community is in shock after two people were killed in a light plane crash, a local official has said.

Police remained at Newtownards Airport on Wednesday after the deaths were confirmed. The two people who died are not from Northern Ireland.

Experts told Q Radio that the accident was caused by a probable mechanical failure of the RV8 plane.

She said: ‘It’s a huge shock to the community and obviously our hearts go out to the families of those affected and in particular those who died in the accident.

“Really, the airport here in Newtownards is part of the community, it’s very busy, it’s been an integral part of the city for a long, long time.

“The locals are used to the activity at the airport and it will be a terrible shock for them.”

She added: “I live below the flight path, probably about a 10-15 minute walk.

“I was at the scene last night. The police were preventing anyone from entering the airport, but you could see a number of emergency vehicles there.

“This is a very rare occurrence given the amount of activity there is at the airport.

“It is mainly flight schools that use it, pleasure aviation, small independent and private planes use it.

“The airfield is so popular, you wouldn’t expect something like this to happen.”

Emergency services rushed to the scene following a 999 call on Tuesday evening.

A PSNI spokesperson said: “Police were reported at 8.20pm that a light aircraft had crashed at the airport.

“Officers and other emergency services attended the scene.

The Northern Ireland Ambulance Service was present and said no patients had been taken to the scene on Portaferry Road in the town.

A statement said: ‘NIAS dispatched two emergency teams, a doctor and a paramedic to the incident.

“No patients were removed from the scene.”

Lost guide: get the poncho to warm up Elliot