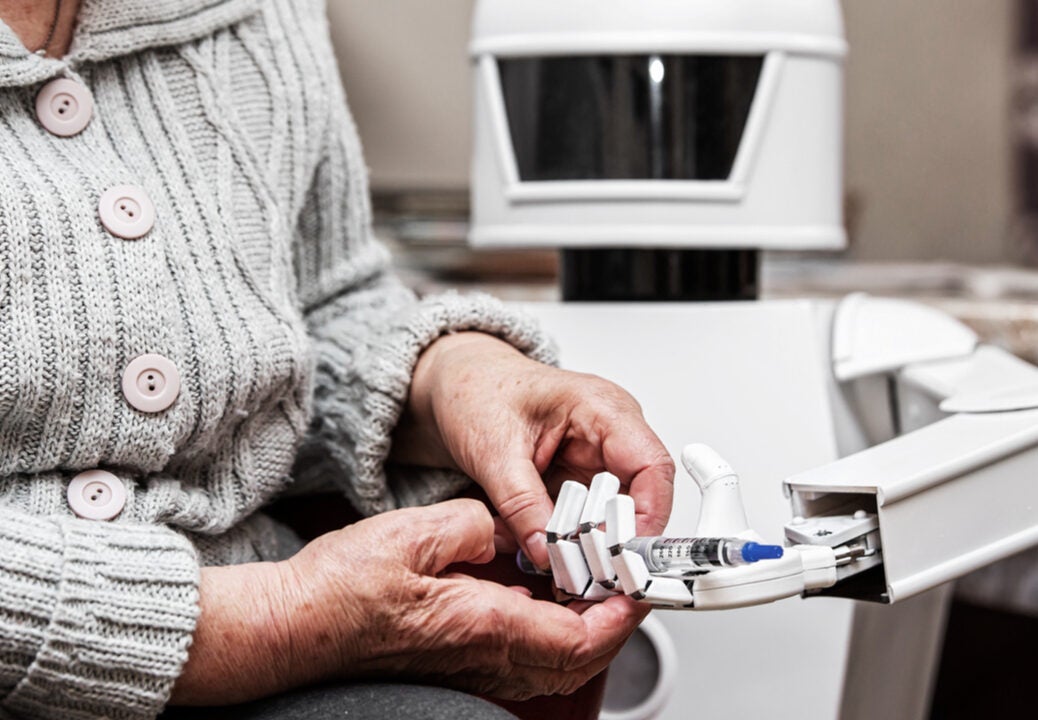 As robotics spreads to more industrial and service sectors, one of the most important tasks for policy makers will be to harness the economic benefits that robotics can bring while minimizing negative social impacts.

Below are the main regulatory trends impacting the topic of robotics, as identified by GlobalData.

In the United States, the Food and Drug Administration (FDA) classifies medical devices according to a class system based on their invasiveness to patients. The more risk there is for a patient, the more regulations are required for these devices. Robots will most likely follow the pre-market and class system frameworks established by the FDA. The da Vinci Surgical System is a Class II device in the United States. As products multiply, ranging from treatment robots to rehabilitation robots, the regulatory process will remain strict in terms of bringing these products to market.

In the process, especially for robotic surgical systems, the time to market can range from four to six months, not including initial documents and the submission of additional documents. Due to the relatively short approval time of 510 (k), new entrants can enter the market quickly. This will lead to a very dynamic market in the years to come as new surgical systems will become easily marketable.

All healthcare robots will go through European Conformity (CE) certification under the European Medical Device Directive. The class into which each robot is classified depends on its invasiveness with respect to its role in a healthcare environment. For example, the latest da Vinci X system from Intuitive Surgical recently received CE mark approval as a Class IIb CE 0543 device.

Every robotic surgical system and healthcare robot must pass CE certification for use in a healthcare facility in Europe. The European Union (EU) does not have adoption rates of artificial intelligence (AI) technologies similar to those seen in the United States. However, there has been an influx of interest in using AI in a healthcare setting in the EU. Health systems within the EU would like to implement AI to facilitate workflow support, oncology and radiology.

As of yet, no AI regulatory initiative is underway in the EU. The closest framework is the General Data Protection Regulation (GDPR), which should be implemented in one form or another to create a regulatory framework for AI systems.

As robots become more AI-driven, the data sets needed to drive AI engines become more and more important. China has the advantage in generating these datasets because it has a richer industrial data treasure than any other country.

Data, information and analysis provided to you
See all newsletters
By the Medical Device Network team
Subscribe to our newsletters

In addition, its cybersecurity laws require that all such data be processed within its borders. China’s Data Security Law (DSL) has been in the works for years, but will not be enforced until September 2021. From that point on, data transfer to locations outside of China’s borders will become more difficult and any violation of the law will result in severe penalties.

The final version of the LIS includes a new category of national master data for data that relates to “national security, the lifelines of the national economy, is important for people’s livelihoods and important for self-interest. public ”. The Chinese government appears to have deliberately left the exact scope of the included data categories intentionally wide and vague to allow for flexible interpretation. As a result, we can expect non-Chinese companies to find it more difficult to operate in China. The beneficiaries of the law will be the national robotics companies.

Each specific healthcare regulatory body is responsible for regulating medical devices. Executives established in specific APAC countries will be the backbone of robotics oversight. For example, the Japanese Ministry of Health, Labor and Welfare (MHLW) controls the regulation of devices with a framework similar to the class system used in the FDA and EU frameworks.

However, specific procedures for devices are also approved. The da Vinci System has received approvals for colorectal, gynecologic, and thoracic surgeries, as well as gastrectomies, bladder cystectomies, esophagectomies, and mitral valve surgery. Prior to these approvals, the da Vinci System was only authorized for prostatectomies and nephrectomies in Japan.

The more widespread use of AI raises complex ethical issues, the relevance of which will only increase as the influence of technology in fields like medicine, finance and the law becomes more pervasive. As the AI ​​industry matures, a vital area of ​​focus will be ensuring that human biases and prejudices are not transmitted to AI systems through data, algorithms and interactions. In addition, it will be crucial to ensure that the economic benefits derived from AI are shared across society, rather than compounding pre-existing inequalities.

AI has become a central part of robotics, bringing with it some of the ethical dilemmas AI faces in other fields. In the future, soft robotics will generate human-like machines which, combined with AI, could create robots capable of feeling pain or stress. This will raise questions about the rights and welfare of machines.

This is an edited excerpt from the Robotics in medical devices, update 2021 – Thematic research report produced by GlobalData Thematic Research.