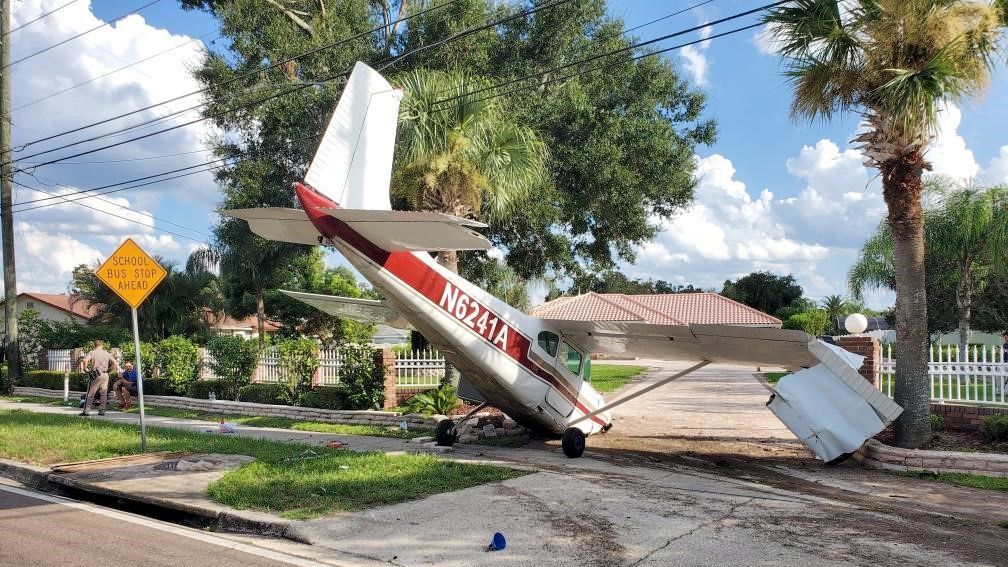 On Friday, rescuers responded to a single-engine plane crash on eastbound University Boulevard near Hall Road in Orange County.

Investigators say the 1956 Cessna 182 suffered a mechanical failure that caused the pilot to make an emergency landing around 4 p.m.

“The aircraft landed on the south shoulder and partially on the driveway of a residence,” said a Florida Highway Patrol incident report. “The wings of the plane struck two palm trees and the front of the plane caused minor damage to the driveway wall of the residence.”

When it came to rest, the plane was facing south on the shoulder of University Boulevard, according to the report.

The pilot, identified in the report as a 40-year-old Longwood resident, suffered minor injuries in the crash but was treated at the scene and refused to be taken to hospital, investigators said.

He was later identified by Spectrum News reporter Asher Wildman as Remy Colin, who said he made the emergency landing because he thought he had engine trouble.

According to Orange County Fire Rescue, the scene was cleared within 45 minutes and the accident investigation was turned over to the National Transportation Safety Board and the Federal Aviation Administration.

This robot quarterback could be the future of football practice | Technology