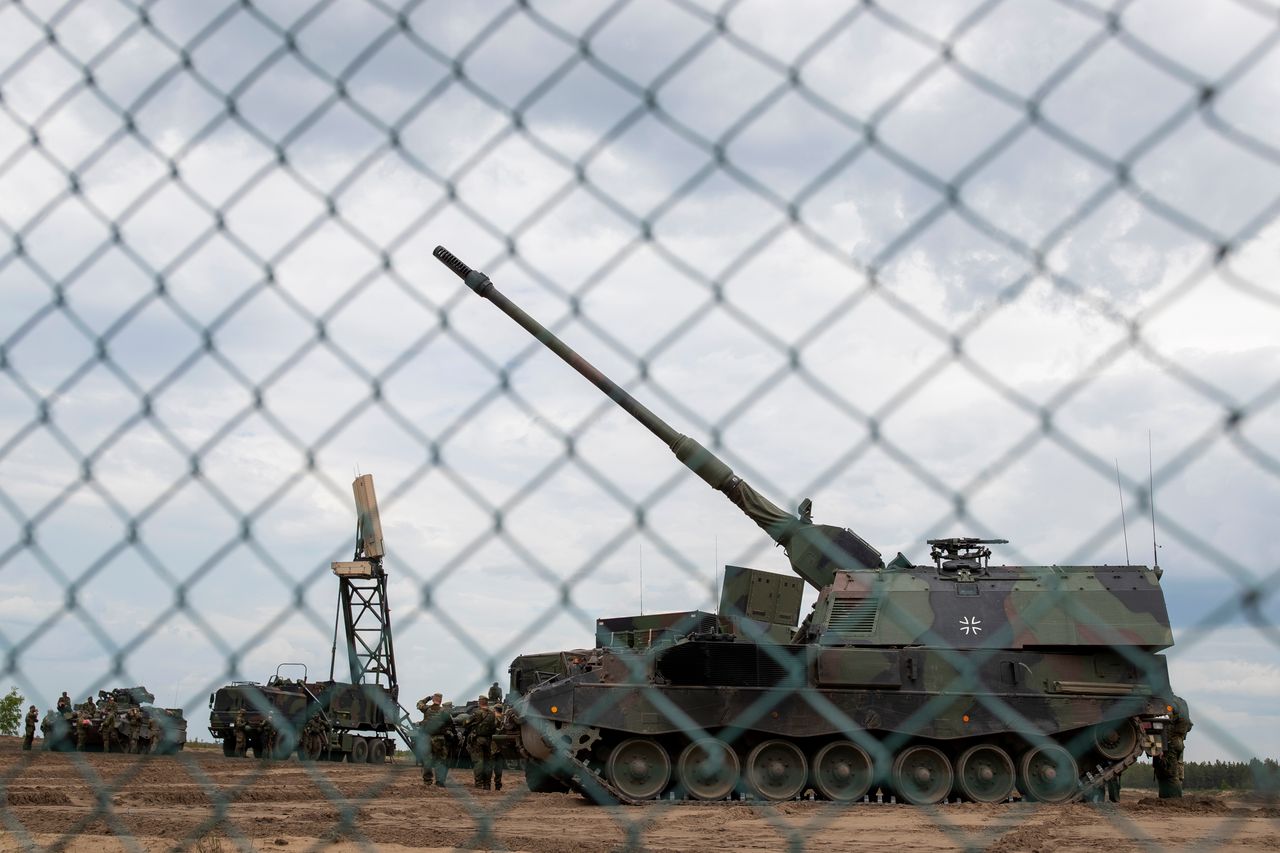 The “Bundeswehr Special Fund” of more than €100 billion has now been approved by both houses of parliament, giving Germany’s rearmament campaign a massive boost. The World Socialist Website and the Sozialistische Gleichheitspartei (Socialist Equality Party, SGP) condemn this war offensive. We give voice to the massive opposition of working people to the madness of war and provide a socialist perspective for the struggle against it.

With this decision, the ruling class set in motion the greatest spiral of rearmament since the fall of the Nazi regime. The political, historical and social implications are enormous. In the words of Chancellor Olaf Scholz (Social Democratic Party, SPD), Germany – already ranked fifth among the countries with the highest military budgets – will in future have “by far the largest conventional army in Europe”. .

After hospitals, schools and nurseries were on the brink of collapse and billions were cut from education and social services amid the still raging COVID-19 pandemic, 100 billion additional euros will be made available to the armed forces overnight. The war budget should thus increase each year to more than 2% of the gross domestic product.

The scale of the rearmament is gigantic. Reaching the so-called 2% target means defense spending will rise from just under €50 billion to over €70 billion this year alone. This represents an increase of more than 40%. To put the “special fund” into perspective, €100 billion is five times this year’s total federal budget for education and research.

The sum would be enough to support every family in Germany with €5,000 per child and at the same time pay €360,000 in compensation for pain and suffering to the relatives of all those who officially died from the coronavirus. Alternatively, the amount could be used over five years to double the number of nurses and pay their senior colleagues a bonus of €1,400. A single billion would be enough to install air filters against the coronavirus in all classrooms.

But instead, the money goes to the military. The Ministry of Defense plans, in addition to cyber capabilities and space systems, foresee 41 billion euros for the air force, 19 billion euros for the navy and 16 billion euros for the army , to be spent on nuclear bombers, warships and tanks. The war material is intended to enable the army to carry out “very extensive” and “very intensive” military operations again, according to the “Concept of the Bundeswehr” published in 2018.

Domestically, too, the rearmament offensive is a declaration of war against the people. By enshrining the special fund in the constitution and maintaining the so-called “debt brake”, the ruling class is creating the conditions to extract every penny of the war budget from the working class. At the same time, any criticism of rearmament must be made illegal.

In a 2014 resolution, when then-President Joachim Gauck and government officials announced Germany’s return to an aggressive great-power and foreign policy at the Munich Security Conference, the Sozialistische Gleichheitspartei warned of the far-reaching consequences of this development:

Post-war propaganda – that Germany had learned from the terrible crimes of the Nazis, had “come to the West”, adopted a peaceful foreign policy and developed into a stable democracy – is exposed as lies. German imperialism is once again showing its true colors as it emerged historically, with all its aggression inside and out.

The rearmament of the Bundeswehr which has just been decided upon is unprecedented in the history of post-war Germany. It has unmistakable parallels to Hitler’s “rearmament” in the 1930s, when the ruling class installed a fascist dictatorship and rearmed the country in a very short time, preparing it for World War II. Army strategy documents and the war speeches of leading politicians leave no doubt that the government is once again pursuing old “great power” goals.

Then, as now, German imperialism aspired to bring Europe under its sway and emerge as a leading global military power. “Germany’s Destiny: Leading Europe to Lead the World” was the title of an article on an official Foreign Office website in 2014. Today, these plans are being implemented, with all their consequences.

Media warmongers and foreign policy strategists are already calling for German and European nuclear weapons to “contain” Russia and be able to combat future “conflicts of interest with the leading Western power,” the United States. A comment in the Frankfurter Allgemeine Zeitung warns that “one hundred billion euros should only be the beginning” to take on “Germany’s responsibility for security in Europe”.

This rearmament is directed directly against Russia. Eighty-one years after the German war of extermination against the Soviet Union, which claimed the lives of almost 30 million people, German combat troops are once again marching towards Eastern Europe. At the same time, Germany is arming the Ukrainian army, riddled with far-right forces, to the teeth and pursuing its stated goal of defeating Russia.

Contrary to official propaganda, the so-called “turn of the times” is not a reaction to the Russian attack on Ukraine. The ruling class uses the reactionary invasion of Russia, systematically provoked by NATO, to implement its own plans for rearmament and war. As in the First and Second World Wars, it is not about “human rights” and “democracy”, but about conquering spheres of influence and resources. At the same time, the policy of war serves to deflect explosive class tensions outward.

Unlike bourgeois politicians who indulge in and profit from militarism, war and dictatorship are deeply hated among working people in Germany and Europe. Official policy under these conditions takes the form of outright conspiracy.

The return of German militarism, which enormously fuels the danger of a third world war, is also encouraged above all by the theoretically left parties in the Bundestag. The SPD, together with Scholz, leads the federal government and thus also the offensive against Russia. The Greens, who in 1998-99 with the SPD already organized the war of aggression against Yugoslavia, in violation of international law, are among the most aggressive agitators and warmongers.

Die Linke and the trade unions also have both feet in the camp of German imperialism. In the Bundestag, Die Linke voted against the special fund because its votes did not matter since all the other parties supported the fund. Politically, however, he agrees with the course of the war. The main representatives of the parties support the sanctions against Russia and the arms deliveries to Ukraine and even demand the reintroduction of compulsory military service.

In a recent statement, the Verdi union – which has imposed wage freezes and real wage cuts on nurses, educators and teachers – called for “sustainable improvement of the Bundeswehr” and “improved cybersecurity” of the armed forces. The German Federation of Trade Unions (DGB) also recently demanded a “substantial contribution” from Germany to NATO and EU military strength.

The only party that opposes the war policy of the German bourgeoisie is the SGP. Together with our sister parties of the International Committee of the Fourth International, we will intensify the struggle to build a powerful anti-war socialist movement. In doing so, we are building on the enormous opposition of the working class entering open class struggles around the world after 30 years of war and social austerity.

If the ruling class in Germany, of all countries, thinks that it can seize world power a third time after its historic crimes in the two world wars, it has made its calculations without taking into account the working class and its political leadership, which must now be built as a mass party. Become a member of the Socialist Equality Party today and take part in the fight against militarism, war and its root: capitalism. Never again war and fascism!

Cyberattacks from Iran and Israel are now targeting critical infrastructure.