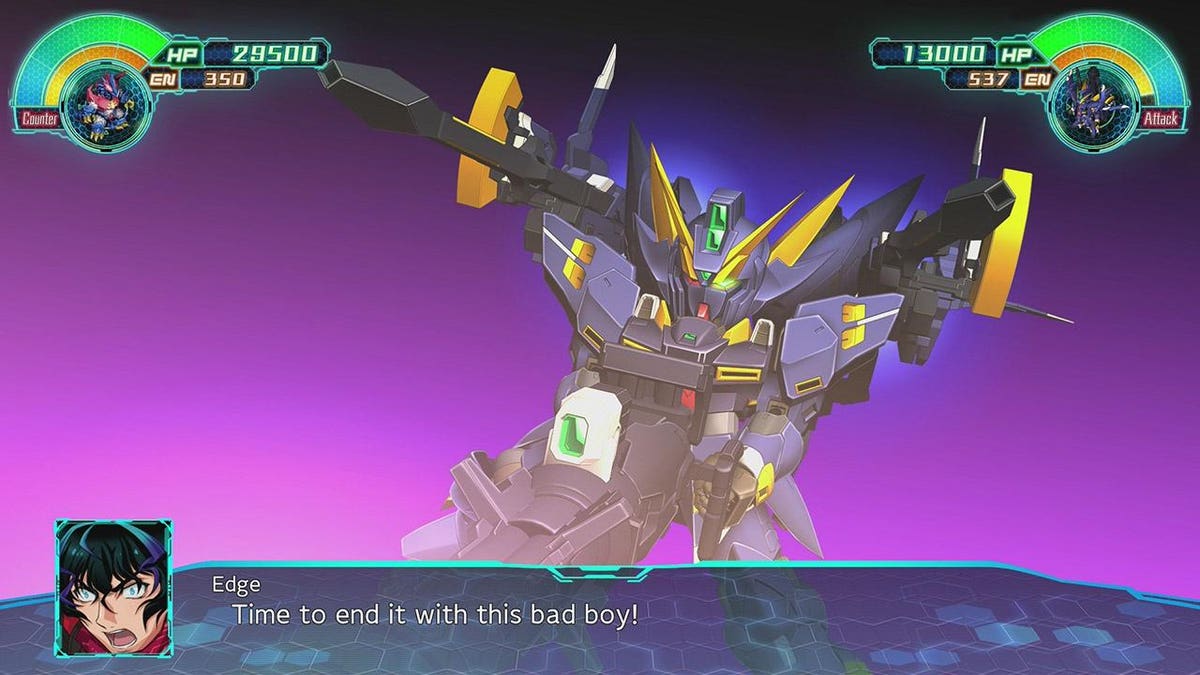 An excellent tribute to the 30th anniversary

In 1991 a new turn-based strategy game called Super robot war was released on the original Game Boy. Mixing the famous mecha from various anime, he started a series of games that are now celebrating their 30th anniversary in the form of Super Robot Wars 30.

Over the years the Super robot war games have evolved and grown considerably in terms of complexity. They’re now best described as tactical role-playing games and have a huge list of mechas to choose from.

Which brings me to Super Robot Wars 30 and its new structure and the general overhaul of the game’s progression.

Previously the traditional route through a main line Super robot war the game was very linear. In this, the game’s missions played out in a fixed sequential fashion, which in turn fueled the ramifications of the missions.

Most of it went in Super Robot Wars 30, because the missions are now selectable and broken down into story and side missions. What’s different here is that you can put in hours of side missions before the story actually progresses.

Branching of missions still occurs, but it’s not as obvious as in the previous linear setup and onboard training missions are now selectable outputs.

It really took me awhile to incorporate this change as it is a huge change from previous games in the series. Especially since it can sometimes feel like looking down a bottomless pit of missions.

That said, the new mission setup finally took shape when the DLC packs arrived. These include new mechas and missions, and fit seamlessly and logically into a selectable mission approach.

Along with the new mission setup, the in-game HUD now has a new cyclic design, which is a curious choice but works well, and then we come to the Dreisstrager.

In the last three main games, that of Super Robot Wars V, X and T, there has always been a battleship included in an anime that doesn’t really feature a mecha. In V, it was the Yamato from Yamato 2199, in X it was the Neo Nautilus of Nadia and in T it was the Arcadia of Harlock.

When it comes to Super Robot Wars 30, the battleship in question is an original creation designed by veteran mecha designer Kazutaka Miyatake and is called the Dreisstrager.

Additionally, the game also bases its backend modifiers around the Dreisstrager. Instead of these being separate upgrades that extend between games, partially forcing players to play the games multiple times. The Dreisstrager has separate upgrades that affect other mechas both in-game and in the menus. From increasing energy and health regeneration in missions to unlocking additional upgrade levels for the mecha in menus.

This means that we now have three types of known currencies, one to improve the mecha, another to improve the skills of your pilots and this new system for the Dreisstrager.

The Dreisstrager itself is also a monster in the game and when fully upgraded it is a lot of fun to have fun with. It also connects the story of the new Huckebein 30 and the improved Huckebein 30 that are included in the game.

Apart from all this, another important point should be emphasized. Even on the Japanese version of the game, there is full localization of English text, from menus to dialogs. It took me a bit by surprise, as with the Japanese versions of the Super robot war games, I have been used to playing them in Japanese. Having an option in English after all these years is just great.

Guess I shouldn’t have been too surprised though, because Super Robot Wars 30 received an international release on PC, with the PlayStation 4 and Switch versions also receiving Asian versions. The latter is where the English localization normally resided. So having English fully supported in all versions of the game is really great.

Finally, the combat animations are always very well done and it’s amazing how far away the Super robot war games have improved in this department. There is obviously some carryover between games, but there is a lot of new and even remade animations here, with the animations for both. Zeta Gundam and Char Counterattack remarkable in this regard.

Globally, Super Robot Wars 30 is an excellent tribute to the 30th anniversary of the series. The new mission setup is a little intimidating at first, but works well across multiple games and with the new DLC. Considering the challenges the development team faced during the pandemic to complete this game, it’s remarkable how well everything turned out.

Disclosure: I bought this game with my own money and completed the game twice with a total of 80 hours of play time.